On September 22, the US Senate confirmed Arati Prabhakar as director of the Office of Science and Technology Policy (OSTP). The American Physical Society looks forward to working with Prabhakar on issues important to physicists and the scientific community more broadly.

Founded by Congress in 1976 to advise the President on national and international matters related to science and technology, President Biden elevated the OSTP to a Cabinet-level agency in 2021. As such, Prabhakar will also serve in the President’s Cabinet as his Chief Advisor for Science and Technology. The American Physical Society congratulates Prabhakar on her new role in the President’s Administration.

Prabhakar has been an innovator and leader throughout her career. In 1984, she became the first woman to earn a doctorate in applied physics from the California Institute of Technology. After, she joined the Defense Advanced Research Projects Agency (DARPA) as a program officer, quickly ascending to the position of founding director of the agency’s Microelectronics Technology Office. In 1993 under the Clinton Administration, Prabhakar was unanimously appointed by the Senate to direct the National Institute of Standards and Technology, and more recently, under the Obama Administration, she returned to DARPA as its director.

With this appointment, Prabhakar becomes the first woman, person of color, and immigrant to be Senate-confirmed as the agency’s director, as she succeeds Alonda Nelson, the first woman and person of color to perform the duties of the OSTP director position. Prabhakar is now the third Asian American, Native Hawaiian, or Pacific Islander to join President Biden’s Cabinet, after Vice President Kamala Harris and US Trade Representative Katherine Tai. 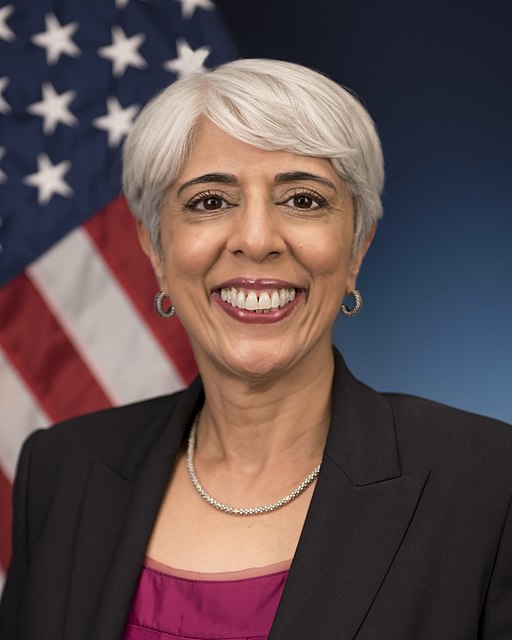