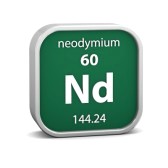 So what does “critical” mean when discussing minerals legislation on Capitol Hill? Put simply, it depends on whom you ask. And its definition is impacting the fate of legislation in the U.S. House of Representatives.

H.R. 1022 introduced by Rep. Eric Swalwell (D-CA-15th) uses the term “energy critical element,” or ECE, coined by the American Physical Society (APS) and the Materials Research Society (MRS) in their 2011 joint report: “Energy Critical Elements: Securing Materials for Emerging Technologies.” ECEs are defined in the APS-MRS report and H.R. 1022 as elements that are essential to developing next-generation energy technologies and have a high risk of supply disruption; a shortage of ECEs could significantly hinder the large-scale deployment of otherwise game-changing energy technologies.

Swalwell’s bill aims to bolster the domestic supply of ECEs using a multi-pronged approach. The bill authorizes a research and development program focused on exploration, reuse, and recycling of ECEs and establishes an effort to collect, catalogue and disseminate information on ECEs across the supply chain.

Unfortunately, the definition of critical in Swalwell’s legislation – which only encompasses a small number of elements – appears to be too narrow for the more than 140 House Republicans who voted against the bill when it came to the floor July 22.

If H.R. 761 (Amodei, R-NV-2nd) is any indication, the House majority party prefers a much broader definition of critical. H.R. 761 passed the House in September 2013 with “strategic and critical minerals” broadly defined to include any minerals that are necessary for national defense, national security, the Nation’s energy infrastructure and the Nation’s economic security or to support domestic manufacturing, agriculture, housing, etc.

The contrast between the definitions is stark, and Rep. Holt shared his thoughts on the broad meaning of “critical minerals” in H.R. 761 during the July 23 hearing. Holt opined, “…It’s a meaningless definition. It ignores the other part of what makes a mineral truly critical. As the National Academy of Sciences has pointed out, a mineral is critical when it performs an essential function for which there is no substitute, and when there is a high probability of its supply being restricted…”

Holt continued, “Just to say a mineral is critical because it is important makes it impossible to tell the difference between neodymium and gravel. Neodymium is a rare-earth metal essential for wind turbines and hybrid vehicles, and we are hugely-dependent on China for that mineral as it stands now. Gravel is, well, gravel.”

With Swalwell’s bill failing to pass the House and H.R. 761 stalled in the Democrat-controlled Senate, there is no clear path forward for legislation impacting the vast majority of critical minerals, regardless of how they are defined.

That said, one energy critical element, helium, continues to be an interest of many people. While the Helium Stewardship Act of 2013 extends the lifetime of the Federal Helium Reserve until potentially 2021, many academic users currently struggle to procure reliable and affordable liquid helium, and there is no program planned for federal users once the reserve shuts down. In an effort to help current academic users, APS is partnering with the Defense Logistics Agency (DLA) to create a pilot program aimed at improving liquid helium purchasing for academics. And Congress may already be looking to the future; Reps. Doug Lamborn (R-CO-5th) and Doc Hastings (R-WA-4th) recently introduced a discussion draft titled “American Helium Security Act of 2014” that, in addition to easing the permitting process, would also establish a royalty in-kind helium program to help mitigate the closing of the Federal Helium Reserve.

The APS Office of Public Affairs (OPA) will continue to advocate for the policy recommendations put forth in the APS-MRS report on energy critical elements, which are centered on information, research and recycling. Additionally, OPA is administering the liquid helium purchasing pilot program with DLA and will continue working with Congress and the Administration on the issue.