The American Physical Society (APS) – the largest physics membership organization in the United States, representing more than 54,000 members – opposes the damaging and ill-considered proposal identified by DHS Docket No. ICEB–2019–0006, titled “Establishing a Fixed Time Period of Admission and an Extension of Stay Procedure for Nonimmigrant Academic Students, Exchange Visitors, and Representatives of Foreign Information Media.”

The proposed rule change would severely and negatively impact many nonimmigrant visa holders, including international students and research scholars on F or J visas, resulting in irreparable harm to the U.S. scientific enterprise.

The proposed rule would drive international talent away from the United States to other countries.
Currently, F and J visa holders who are studying and/or participating in research programs in the United States are allowed to remain in the country for as long as they maintain compliance with their terms of admission. That is, they are permitted to stay until they receive the degree or complete the program of training for which they were admitted. This time period is referred to as “duration of status,” which varies by individual and field. For example, the average duration of a PhD program in physics in the United States is more than six years.1 The proposed rule change would eliminate the current duration of status term and replace it with a period of admission not to exceed a two- or four-year term, depending on the visa holder’s country of origin. Any appeal for an extension or renewal would require uncertain bureaucratic authorization. Consequently, this proposed rule prevents any international graduate student from having the certainty that they will be afforded sufficient time in the United States to complete a physics PhD. If the U.S. cannot provide that minimal level of certainty, other destinations will become far more appealing, jeopardizing the U.S. scientific enterprise.

The proposed rule would erode U.S. leadership in science.
International students have come to the U.S. not only because of scholarly opportunities, but also because of the freedom and entrepreneurial spirit that has made our country a beacon for the rest of the world. Yet during the last three years, the talented international students and scholars that the U.S. has attracted for more than half a century – and who have contributed directly and positively to U.S. economic growth – have been going elsewhere. In physics, for example, recent surveys by APS of physics department chairs at U.S. institutions showed an average 2-year decline of -22% in international applications to physics departments outside the top tier.2 Potential applicants, who were also surveyed, state that the U.S. is becoming a less desirable destination for global talent due in part to self-damaging immigration policies. At the same time, our competitors are taking steps to attract the very best scientific and engineering talent in the world.3 Disincentivizing global talent from studying and working in the U.S., as this proposed rule does, will inevitably lead to long-term, irreparable damage to our nation’s research and development ecosystem and have a direct negative impact on our economy both now and in the future.

The economic contributions made by international students and researchers are well documented. The Department of Homeland Security (DHS) notice of proposed rulemaking in the Federal Registrar cites a recent analysis from the Association of International Educators, which finds that “international students studying at U.S. colleges and universities contributed $41 billion and supported 458,290 jobs to the U.S. economy during the 2018-2019 academic year.”4 Past history teaches that our economic competitiveness relies on top talent, much of which has come from overseas: more than one-third of all U.S. Nobel Prize laureates were foreign-born5; more than 44 percent of the Fortune 500 companies were founded by immigrant entrepreneurs or their children6; and more than 30 percent of the U.S. science and engineering workforce is foreign-born.7 The long-term consequences of losing out on top international talent will be severe.

The proposed rule does not solve the problems it claims to address.
According to DHS documents, the rule change aims to improve program oversight, prevent foreign adversaries from exploiting the country’s education environment, and strengthen U.S. immigration laws. Yet, current regulations already require visa holders to continue to be engaged in activities authorized under their respective nonimmigrant classifications. The DHS Student and Exchange Visitor Information System (SEVIS) maintains continuous and current information on all nonimmigrant students and exchange visitors during their stay in the U.S. Therefore, for each international student/scholar, the federal government has on file the person’s host institution, their authorized activity and the necessary contact information to ensure that the aforementioned is true. This clear stipulation of authorized engagement is one of the most important safeguards that the State Department has to prevent visa misuse, and a rule change is not necessary to monitor compliance.

The proposed rule imposes a new compliance structure that creates burden, not benefit.
This proposed rule would result in a bureaucratic morass – creating hundreds of thousands of additional visa cases every year, each requiring the visa holder to travel out of the country to obtain a renewal, extension or new visa to complete their program. Such a requirement would worsen the burdens already placed on our overworked consular officials. The proposed rule would make it far easier, not more difficult, for visas to be exploited by those who wish to use them inappropriately by burying cases of illegitimate visas in a sea of legitimate visa cases that now must be needlessly reexamined and reissued.

Put simply, this proposed rule will contribute directly to the loss of U.S. leadership in science. 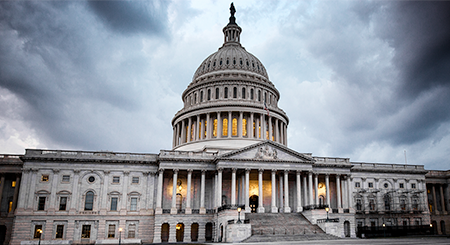