The findings illuminate the source of incredibly hot particles that can impact the Earth.

VIRTUAL MEETING (CST) -- NASA’s ongoing Parker Solar Probe mission is heading closer to the solar atmosphere than a spacecraft has ever been to investigate the little-understood processes that cause solar flares. Magnetic reconnection, the universal process that rapidly converts magnetic energy into particle energy throughout the cosmos, is the leading candidate to explain powerful solar flares that can disrupt cell phone service and power lines on Earth.

Scientists at the Princeton Plasma Physics Laboratory (PPPL) and the Department of Astrophysical Sciences at Princeton University have developed a unique robust platform to approximate the flare-like acceleration of high-energy particles across vast distances in space. The recent experiments are powered by high-energy lasers that produce magnetic reconnection similar to that observed in the solar atmosphere.

“Our goal has been to create and measure the acceleration of flare-like particles on an effective new platform,” said PPPL physicist Dr. Lan Gao, who will present the findings at the virtual 62nd Annual Meeting of the APS Division of Plasma Physics. “The laser facilities and the diagnostics we’ve used in our experiments enable us to characterize the reconnecting plasma and the resulting spectrum of accelerated particles.”

Understanding how solar flares generate incredibly hot, superthermal particles remains an important open question in heliophysics. In the new platform, the lasers both create plasma and drive magnetic reconnection to generate superthermal particles at energies similar to those in solar flares. This process contrasts with the lower-energy plasma discharges used in previous experimental facilities. Such experiments lacked sufficient resolution in space, time, and energy to truly observe the full range of these energies.

Further open questions for the new platform relate to the production of these superthermal particles. Key issues include the conversion of magnetic energy to accelerated particle energy and application of the results to astrophysical observations.

Going forward, PPPL researchers plan to sharply increase the generation of current in the semicircular coils. “Our next step will be to use the spectrum of measured particles together with theories and simulations to understand the acceleration mechanism,” said Dr. Gao. “The findings should improve our understanding of these incredibly powerful solar flares and contribute to our ability to predict the occurrence of flares that could impact life on Earth.”

This work was supported by the National Laser Users Facility under Grant No. NA0003608, the High-Energy-Density Laboratory Plasma Science under Grant No. DE-SC0020103, and the LaserNetUS initiative at the Jupiter Laser Facility. 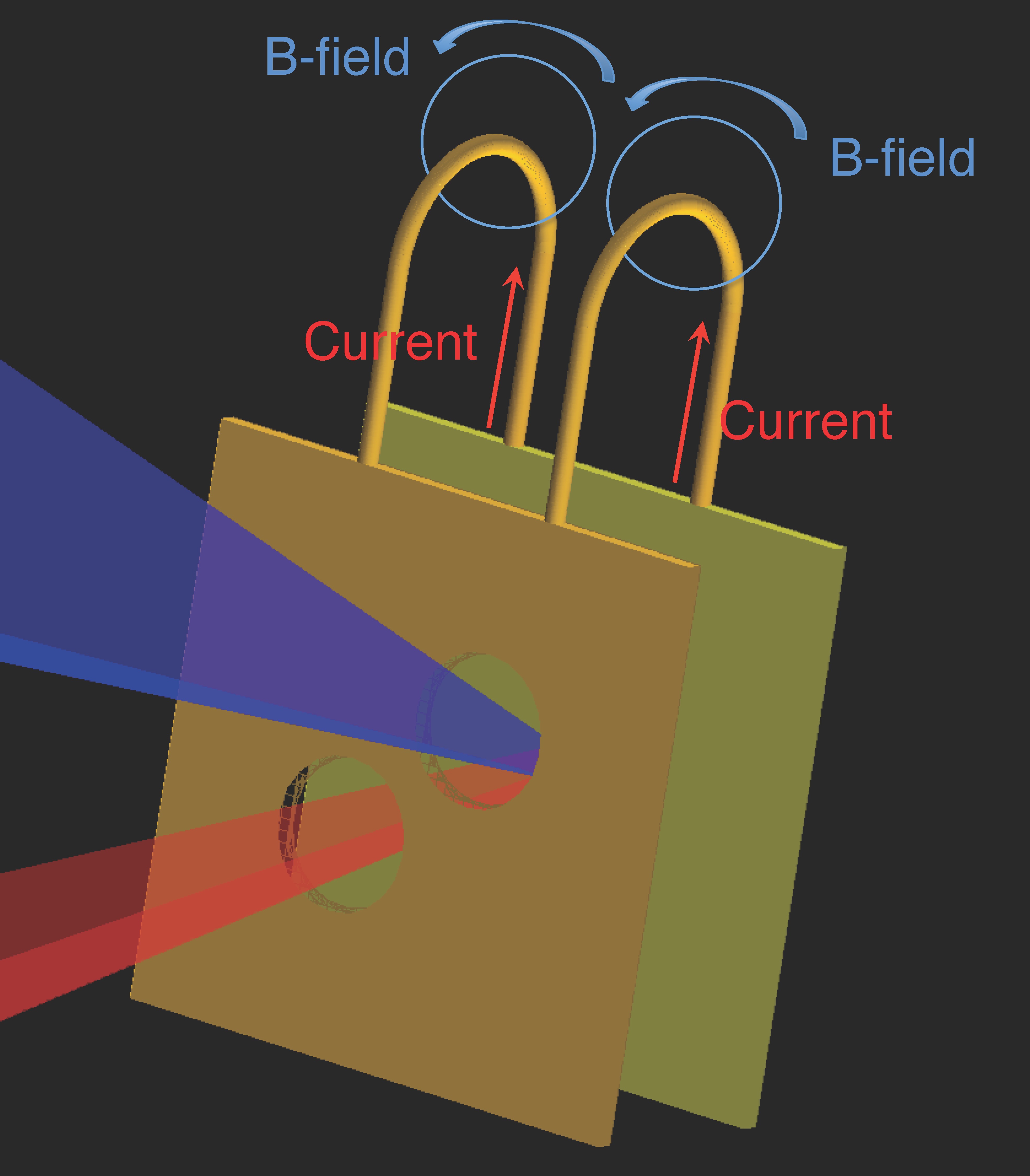