Nicole Sharp still thinks of herself as an engineer even when she’s called a physicist. She lives in Denver, Colorado with her husband — the actual physicist of the family — where she enjoys board games, craft beer, hiking, and studying German longsword.

Read about Nicole's journey in her own words, from aerospace engineer to science communicator, below:

If you’d told me — even in college — that I would become a science communicator, I probably would have responded with, “What’s that?” At the time, I was focused on aerospace engineering, specifically the space part, but after a core class introducing fluid dynamics — the physics of everything that flows — I found my scientific love redirected. In graduate school, I pursued experiments in wind tunnels and on airplanes, looking to understand air flows at speeds from a light breeze to six times the speed of sound. During my Ph.D., I found that just doing my research didn’t scratch the itch I had to share my love of the subject, so I began to blog about fluid dynamics, aiming to explain to anyone and everyone how pervasive, fascinating, and beautiful this branch of physics is. 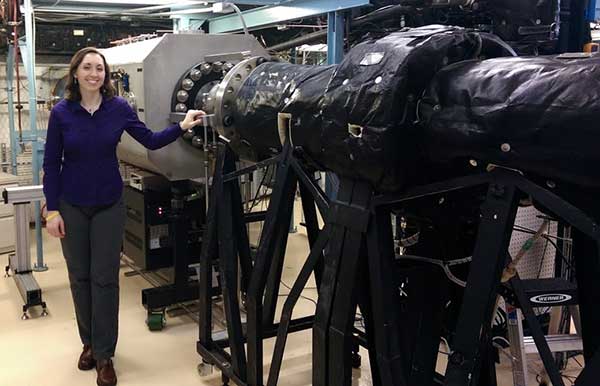 Seven years later, that side quest is now my career path. I blog, make videos, write articles, and give talks — both about fluid dynamics and about how scientists can learn to communicate their research more effectively. My work keeps me at the intersection of science and media, with a foot in both camps. Since I’m always reporting on the latest research, I get to keep up with all the new and exciting work in my field. And sometimes I still get to contribute my own research — my current project is studying fluid dynamics in the 1919 Boston Molasses Flood disaster. 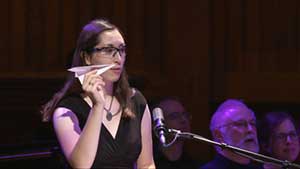 Find Nicole Sharp on Twitter to say thank you for her research and work on science communication! Be sure to use the hashtag #ThankAScientist.