Dr. Katherine Freese will help you expand your knowledge of the cosmic cocktail that makes up the known universe, recounting the hunt for dark matter, and discussing the evidence for the existence of dark matter in galaxies. Many cosmologists believe we may be on the verge of solving this mystery, which will be an epochal discovery in humankind's quest to understand the universe. Explore the mysteries of this universe as APS presents Dr. Katherine Freese and "Dark Matter in the Universe".

Dr. Katherine Freese is George E. Uhlenbeck Professor of Physics at the University of Michigan and Guest Professor of Physics at Stockholm University. She works on a wide range of topics in theoretical cosmology and astroparticle physics. She has been working to identify the dark matter and dark energy that permeate the universe, as well as to build a successful model for the early universe immediately after the Big Bang.

She is the author of The Cosmic Cocktail: Three Parts Dark Matter, and has had her work described in the The New York Times, The Boston Globe, Scientific American, New Scientist, and other popular media. She has made a number of media appearances, including BBC TV: The Genius Behind; BBC TV: Horizon: Dancing in the Dark - the end of Physics; Discovery Channel’s How the Universe Works; PBS’ NOVA Wonders: What’s the Universe Made Of?; BBC Radio, National Public Radio, the World Science Festival in New York; the Isaac Asimov Memorial Debate Panel at the Museum of Natural History in New York; and the television program Through the Wormhole with Morgan Freeman. 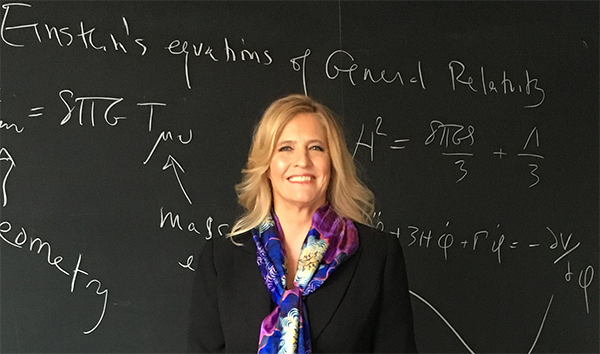