A Fantastic Teacher
As a result of an excellent physics teacher’s efforts, Amy’s interest in physics bloomed in high school. Amy’s teacher, Sister Mary Ethel Parrott, was very involved with her students and ran a science club at the school. Along with another science teacher, Sr. Mary Ethel brainstormed interesting science fair projects with students, helped them with their projects, and drove them to science fairs all over the state. Amy’s participation in these projects and the science club all four years of high school heavily influenced her love of science.

Unique Opportunities
Amy’s effort in these activities paid off. One year at a science fair, Amy won a prize that allowed her to gain firsthand research experience by spending a summer working at Brookhaven National Laboratory. The next year, she won a prize that brought her to the National Youth Science Camp, a program that invites two students from each state as well as international students to spend the summer running experiments, meeting scientists from all over the world, and participating in outdoor activities in a traditional camp setting. These experiences played substantial roles in Amy’s decision to study physics in college.

Amy’s Start at a National Lab
After earning her Bachelor’s degree at DePaul University, Amy did not feel ready to jump into graduate work. Instead, she began working at Argonne National Laboratory as a Particle Accelerator Operator. Her role involved keeping the beamline running and quickly solving any problems that arose to salvage research scientists’ limited beam time.

As Amy weighed her long-term career options, she learned that researchers were not always able to choose their research topics; rather, those decisions were often based on available funding opportunities. Because Amy desired a career with more autonomy and variety, she decided to follow in her father’s footsteps and attend law school.

Patent Law
After earning her law degree, Amy became a patent attorney. “I just sort of fell into that, it wasn’t intentional like getting my physics degree was. It was just kind of lucky that [patent law] ended up being a very lucrative, good job for people with a science and engineering background who go to law school,” she says.

In this position, Amy worked with a variety of inventors to write their patent applications. Amy found the discipline and logical thinking skills learned through her physics background to be especially helpful when researching these highly specialized inventions. “Physics is not an easy subject, so for anybody who can do that, you can learn almost anything else,” Amy says. “[Studying physics is] a major plus. Even if someone’s not sure what they want to do, as long as they’re able to handle the rigors of a physics education, because it’s not easy, then people think you can do anything, and honestly you probably can.”

Trademarks
Amy later switched from working in patents to trademarks, a different branch of intellectual property law that deals with branding, counterfeiting, and marketing issues. She enjoys the fast pace and variety of issues covered and finds the work to be more stimulating than patent work. “When you’re doing patent application drafting, you’re sitting down for 8-9 hours working on one thing and hoping for no interruptions because it takes that type of concentration,” Amy says. “Now, I’m on the phone, I’m at court, I’m working with junior attorneys… my day is very different than if I had stayed [in patents].”

Amy also appreciates being able to incorporate technology into her firm’s practice. “I like what I do, I like the legal work, but I also like applying technology to try to make our processes better and more efficient.”

Amy is now a shareholder, or part owner, of her law firm, and her team is the number one filer of trademark litigation in the U.S. Although she works long hours, she embraces the challenges. Amy says, “When you’re in court, things don’t always go the way that you think they should or that you want them to. There are curve balls and you have to respond to that in real time... I like that.” As the only female shareholder at her firm, Amy serves as an excellent role model for other women interested in pursuing law.

Educate Yourself on the Typical Path
Amy encourages students to learn the traditional route to their desired career by searching online or speaking with employees in that career (for advice, visit our Informational Interview chapter in the online Professional Guidebook). Getting a job in a given field can be simplified by following the standard path. For example, in law, firms typically hire from their summer associate classes. “It’s so much harder to get a job in law if you don’t follow the traditional path of being a summer associate,” Amy says.

Utilize Tutoring
Amy recommends taking advantage of tutoring opportunities to supplement undergraduate physics courses. Even just asking for help from a classmate who understands the material better than you do can improve your own understanding and performance in the class. “In some of the more advanced classes... I would sign up for any tutoring that was available,” Amy says of her experience as an undergraduate. “There’s no shame in that.”

Apply to Prestigious Law Schools
“In law, the hierarchy of schools is very important for getting your first job, at least with the large law firms that are doing most of the hiring of first-year attorneys,” Amy says. “Which school you go to and [its rank] is [important].” 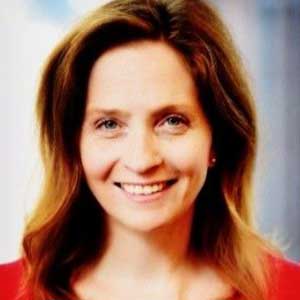