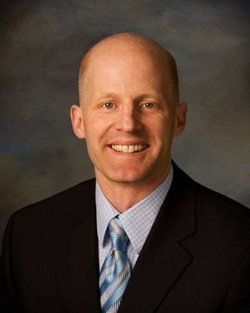 Naturally Inclined
Brent grew up in Iowa with an early love for aircraft and travel. In school, math was always easy for him.

Coming into college, Brent didn’t know what career he wanted to pursue, but he readily chose to study physics. This is because physics applied the math he already enjoyed and he felt, “it would provide a general technical foundation that would allow me to pursue whatever I wanted”.

From Physics to Flight
Once Brent completed college with an undergraduate degree in Math and Physics, he focused in on his love for aircraft and obtained a M.S. in Aerospace Engineering at Iowa University. Brent then worked at Delta Airlines as a flight simulation and aircraft engineer.

While developing inventory management software for Lockheed Martin’s planes, Brent’s interests began to shift toward the business side of aircraft production. He obtained a Master of Business Administration and started work in investment banking as an equity analyst, someone who recommends stocks.


Brent went on to become Chief Financial Officer, followed by CEO, of Cirrus Aircraft, a company that develops single-passenger planes.

Building on a Foundation
After leaving Cirrus in 2011, Brent now serves as Executive Vice President of IO Data Centers, a corporation that manages computer data centers for companies all around the world. As Executive Vice President of Global Business Development, Brent works with and coordinates the various players that are involved in the international distribution of IO’s products and services. This includes international vendors, customers, and the engineering groups that deploy their technology.

For Brent, physics has laid a strong technical foundation he’s been able to build on and use throughout his career. From a physics background he was able to easily enter engineering, and in the business world, Brent uses his knowledge of science and technology to understand his company's products and make well-informed executive decisions. The math he learned also suited him well in studying finance and understanding the dynamic world economy.

An Edge Above the Rest
When Brent first worked as an investment banker, banks were looking for analysts with technical as well as financial knowledge, and Brent fit the bill. All throughout his career, Brent’s physics background has given him a way to differentiate himself and remain competitive in the job market.

“When [employers] see you have a physics degree, their immediate reaction is ‘oh, they’re super smart’," Brent says. "And that really opens a lot of opportunities for you."

Equip Yourself
“You’ve got to recognize that your career will take you in a whole host of directions,” Brent says.

As an undergraduate, Brent believes students need to leave room for career changes and finding out what their true interests are by establishing a broad technical foundation and set of skills.

This is where physics served Brent best, giving him a solid understanding of the physical world he can apply to many fields.

“Physics is something that opens a tremendous number of doors, whether your career takes you down a physics path or not. It affords you flexibility [in your career].”

Work on Your Weaknesses
In addition to the strong technical background physics provides, Brent also recommends students work on their weaker areas or abilities. These are things such a verbal and written communication or business know-how, various skills which may not necessarily seem relevant to your career, but allow you to be well-rounded and effective in your work.

Whatever that skill may be, “even if you’re not good at it or dislike it…you’re going to use it,” Brent says. “So take some time on it, and you’ll get better and find your own way to do it.”

Find a Mentor
Looking back, Brent believes he would have benefited greatly from having a mentor. As a student with limited experience, it was impossible to anticipate the many challenges of the work field. He recommends students reach out and find individuals with real-world experience in their field.

“A mentor would have given me a perspective of what the working world is like and helped me avoid a lot of mistakes,” he says.