How do hedgehogs, physics, and business mix? Ask Nathan, a startup founder.

Nathan liked physics in high school because he was, “really bad at memorization, but good at deriving.” He initially majored in political science when he went to college, but then he took a physics class to get science credit and remembered how much he liked it in high school, so he did a 180 and changed majors.

Once Nathan had his Bachelor of Science in Physics from Colgate University, he worked for McMaster-Carr Supply for a few years. Nathan said, “I was able to apply my problem-solving skills I had learned through physics to all kinds of day-to-day operational tasks and long-term projects, which was great, but I missed being able to put my technical skills to use.”

Nathan then went back to get his Master of Science in Physics Entrepreneurship at Case Western Reserve University (CWRU), where students are encouraged to work in teams to do research and form plans to launch their own startups. Some of Nathan’s friends working towards their Ph.D.s in biomimicry at the University of Akron were preparing to launch such a startup, and Nathan had a vital skillset to bring to the project. So instead of doing the internship his master’s program required, Nathan co-founded his own company with his friends. The company, Hedgemon, uses biomimicry to design protection technologies, such as football helmets.

This was great for Nathan since he found a way to combine physics with his other experiences. He says, “it’s less of starting my own company, and more of applying physics with industry.” The STEP (Science and Technology Entrepreneurship Program) at CWRU allowed Nathan to combine his skills from his background in both business and physics. He figured that working for a startup would be the best way for him to build a career that exposes him to the many aspects of a business.

Physics is About Working Towards a Solution

Nathan feels that “physics training teaches far more than just the physics and math, because it enhances how I approach problems and concepts: breaking them down into simpler parts, starting with what I know, and methodically working my way to a solution.”

Nathan’s duties as Hedgemon’s Chief Operating Officer (COO) include operational tasks such as accounting and fundraising, as well as technical and research work. Nathan discovered he possessed a lot of the organizational and analytical skills required to launch a venture: market analysis, finances, and customer development. He has also developed a keen attention to detail and the ability to break down and solve complex problems, which applies to all aspects of his work.

Nathan and his team have received some grants and have been able to use resources from the universities of the team members, allowing them to just pay for materials, contractors, and some interns. The startup costs for the company used up all of the revenue his team was able to raise, so the founders of Hedgemon don’t receive any personal compensation. They are working for the day their product hits markets and they can capitalize on their investment.

While performing his duties as COO, Nathan called up the director of a stakeholder, Prevent Biometrics, to perform a customer interview. While on the call, Nathan was hired as a Project Engineer to work on an instrumented mouthguard that detects and measures head impacts and concussions in real time with ground-breaking accuracy - a product which has significant crossover with the technologies being developed by Hedgemon. Since graduating, Nathan began transitioning to work there full time to survive financially. However, since both companies are focused on preventing or detecting concussions, Nathan has been able to apply his experience and knowledge to his work at both companies.

Nathan believes he has been well prepared for his ventures, with everything he’s learned from STEP, and the help and guidance of mentors along the way. He is continually learning things, but his patience and ability to remain calm and level-headed during chaotic or otherwise uncertain situations also contribute to his success.

“Don't do it alone. I have a team of four people and the amount of work to be done still seems overwhelming at times. You need people with other perspectives to bounce ideas off of and help make difficult decisions. It also helps to share the workload and have team members who bring different skill sets/expertise.”

Patience is a Virtue

“Be patient, especially if you're developing a new technology. [Research and development] is a slow and sometimes frustrating process. It will always take longer than you expect.”

“Look around for easy, non-dilutive money (which means funding that doesn’t require you to sell parts of your company to outside investors), especially early on. More and more communities have business plan/pitch competitions or other small startup funds you can tap into to get yourself going with little personal risk. Many government grants are also a great resource (both national-scale like NSF or state/local scale like Ohio Third Frontier). Also seek out accelerators, incubators, or other similar groups that offer funding, training, and inexpensive office/lab space -- I highly recommend VentureWell E-teams because of their entrepreneur-friendly grants, top-notch training workshops, and extensive network.”

“Don't just focus on the technical work. Even though you have a technical degree, your background has taught you skills in far more ways beyond the science that you can apply to all parts of your business. Put them to good use!”

Make it a Career, Not Just a Job

“Have fun. Although a startup will often be stressful and scary, if you're not enjoying any part of it (and learning from your experience!), then you should stop and find something you do enjoy.” 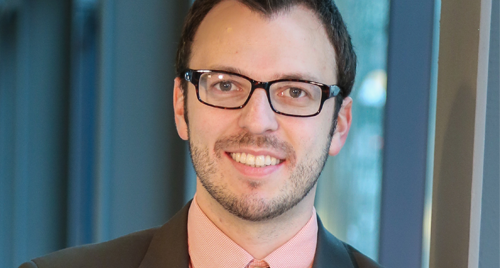