Innovation and physics run in his blood, so he started his own educational video game company, Lilac.

It Runs in the Family

Joe grew up with physics problems constantly being thrown around the household since his father was a physics professor, and many of his aunts and uncles also had Ph.D.s in technical fields. Joe’s father once told him he had the ability to do whatever he wanted and ended the conversation with, “But you don’t want to get a JOB, do you?” as if the idea of getting a job was ridiculous, and being your own boss was a great alternative to consider.

The Game of Life

After six years in his undergraduate career, which he started as a computer science major, Joe graduated with a Bachelor of Science in Physics. He was unsure of what he wanted to do, but wasn’t attracted to any of the career outcomes he thought were so-called “traditional” physics careers. He took a year off from school and got a job as head of IT before learning about Case Western’s Physics Entrepreneurship Program.

While finishing up this masters program, Joe realized that his thesis was essentially a business plan. He says, “I started over twenty times on what the thesis should be. I kept changing what it was going to be because I was trying to figure out what the business should do. I honestly think I figured it out three months ago. I wrote the whole thesis in about a month. And I’m starting a business out of it.” Lilac was the product of Joe’s thesis and the company he founded on his own, which focuses on academic STEM computer game design and development.

Physics Involves Risk. So Does Entrepreneurship

Though Joe says he hasn’t had much entrepreneurial success at this point, his physics background has certainly contributed to his entrepreneurial mindset: “At the highest level, physics encouraged me to try to understand things in a fundamental way. Even with something as simple as the motion of a falling ball, fundamental questions arise which can challenge people’s thinking: Why does gravity act on the ball? Why does the ball have mass? Physics encourages this questioning mentality in all aspects of my life and most importantly, encourages me to say ‘I don't know’ instead of pretending to know.” Physics has prepared Joe to be comfortable with unanswered questions and not necessarily knowing what’s coming next - and entrepreneurship certainly involves both of these things.

Physics is for Everyone

Joe is thankful that the people in his life - his family and thesis advisor - have contributed to his entrepreneurial mentality, and supported him in shaping his business and defining its market. Joe describes Lilac’s market as “students who are too afraid of physics to even become a physics student. Physics has a bad reputation among the general population. People assume they aren’t good at it, that it’s frustratingly complex, and it’s too hard for them. There’s a shortage of qualified physics teachers.” These issues are what Joe hopes to tackle and break down with the games designed with Lilac.

An Entrepreneur is Creative

According to Joe, keeping an open mind to new ideas and staying creative is critical. “Being an entrepreneur is more like staring at a blank canvas with a paintbrush in your hand than it is to solving a problem with a calculator in your hand. Playing music, photography, writing, and reading have been important creative outlets for me and I think they contribute in more ways than I know.”

Joe is essentially running Lilac on his own. At the beginning of a venture, it can be hard to find a partner or team with the same passion and goals for the project, and complementary skillsets. Therefore he constantly has to consult professionals - even occasionally asking for feedback from strangers on the bus. Joe’s physicist instincts tell him to just do things himself, but this can turn into an unnecessary drain on time, so he is still learning about when to stop and ask for help.

While Joe finished up his master’s degree, he got a stipend from his university for the work he was doing there. At the moment Joe is not profiting from Lilac, so he is designing games and working as a consultant for Intwine Connect part time to get the bills paid.

Be Inspired By Others

Joe encourages students to look into the lives of Thomas Edison, Henry Ford, Bill Gates, Steve Jobs, and other influential individuals. Based on their background, training, and inclinations, it is unsurprising that they started the companies for which these people are known, and Joe finds this inspirational.

Joe recommends reading the book Mastery by Robert Greene and Why Greatness Cannot Be Planned by Kenneth Stanley and Joel Lehman.

What is Value Proposition?

On Joe’s first day in the entrepreneurial track, they learned the NABC’s of Value Proposition: a key framework for entrepreneurial thinking focusing on Need, Application, Benefits, and Competition. He advises to use this method to evaluate an idea, and analyze potential customers and the market.

Finally, Joe says, “being a college athlete and continuing to try and improve my athletic skills and fitness level has taught me the importance of discipline, persistence, and practice, practice, practice.” Try to find something that pushes you to the edge but is still rewarding enough to keep you going. 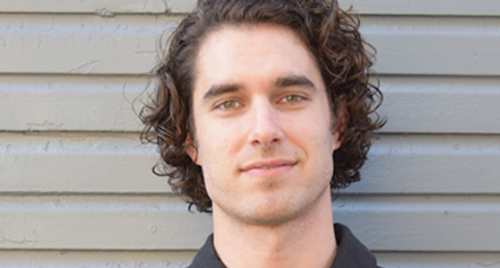