Searching for a Deeper Understanding of the World
Zahra grew up in Phoenix, Arizona and attended Arizona State University. Due to pressure from her parents to become a doctor or an engineer, she began college as a premed major. However, two months into her first semester, she was already unhappy. She searched online looking for an alternative major and came across an article on materials science. She became enamored by the idea of understanding the relationship between atomic phenomena and macroscale material properties.

Zahra changed her major to materials engineering. After a year in the program, however, she felt that she was not gaining the deeper understanding of the world that she desired. At the time, Zahra was also taking introductory physics, which was answering more of her questions. “I remember leaving my final exam for Physics II my sophomore year and thinking to myself that that could be the last physics class I ever take in my life, and I just wasn’t happy with that,” Zahra says. Physics satisfied her curiosity in a way that materials engineering did not; therefore, she changed her major to physics her junior year, and she immediately became hooked. By the end of college, she had also added a math major.

Finding Her Niche
The only career advice Zahra received in college was to get a PhD. However, when she began writing personal statements for her applications, she struggled to convince even herself that she wanted to go to graduate school. She decided not to apply to any programs; instead, her advisor helped her find a position at the National Institute of Standards and Technology (NIST) to get a taste of doing research full time.

As she worked in a lab doing electron microscopy of carbon nanotubes, Zahra quickly learned that she was not interested in a research career. “I think learning physics and doing physics are two different things. I absolutely loved learning physics, but I wasn’t as excited about doing physics,” she says. Zahra did become interested in using her programming experience to automate various steps of the group’s analyses, but she lacked the proper mentorship to grow as a programmer at NIST.

Zahra decided that she wanted to work for a tech company. “My motivation was just that I didn’t want to be... the best programmer in the room. I wanted to be around people that could teach me and where I could learn,” she explains. Zahra took a class, bought a textbook, and studied data structures and algorithms before she began interviewing for jobs. Although she found that many tech companies were disinterested in hiring a non-computer science major, after many failed job applications, she eventually found a job at Google.

Working for Google
Zahra started at Google as a software engineer working on satellite imagery, processing pipelines, and the infrastructure behind turning the imagery into Google Maps and Street View. After two years, she became a site reliability engineer (SRE). Site Reliability Engineering is a specialized job function that focuses on the reliability and maintainability of large systems. Zahra now works to keep Google Search available for its users and helps make sure it stays healthy and efficient. When there are outages, SREs learn from the failures by writing blameless postmortems, which include follow-up actions to prevent the incident from recurring. “Hope is not a strategy,” is a traditional SRE saying.

A Day in the Life
Zahra’s typical day involves checking her email, going to meetings, coding, and getting feedback from coworkers. At Google, the SREs typically work on projects that span a quarter or more, and their code is reviewed thoroughly. “One of the things that I absolutely love about Google is that… [there are] so many different ways to get feedback, which I think leads to better work being done,” Zahra says.

Every month or two, SREs on Zahra’s team go on call for up to a week at a time. Automated monitoring systems detect problems that occur and alert the SRE on call. The alerted SRE is responsible for ensuring that the problem is resolved by either fixing the issue themselves or by finding the person with the right expertise to fix the issue. Zahra has to quickly shift her focus from her normal work to the problem that has arisen, and solving the problem could take 20 minutes to an entire day. “The most exciting part of my job right now is being able to go on call and being the person that gets called in when Search breaks,” Zahra says.

Take Computer Science Courses in College
As an undergrad, Zahra was not intrigued by the intro-level computer science (CS) courses required for her math major, so she didn’t take any more than what was required. “It wasn’t until the end of the math major and working at Google and learning about various image processing techniques that I really got to see the math side of CS and the connections between math and CS... that’s what motivated me to seek out a job in tech.” Google encourages undergraduates to take more advanced computer science courses to learn about the subject on a deeper level.

Explore New Subject Areas
“I think physics is an awesome degree because it teaches you a niche and a way of problem solving that is applicable to so many different fields.” Zahra found that succeeding at mindset was easier than she anticipated due to her strong problem solving skills. “My advice is explore. Don’t avoid doing something because you’re worried you’re not good enough… isn’t it better to try it and know that you don’t like it or that it’s not a good fit than to just be afraid and never give it a chance?” Zahra asks.

Speak Up for Yourself
Although Zahra has found Google to be a welcoming, safe environment for women, she once found herself in a situation in which she was disrespected by an individual in her team. Luckily she was able to easily transfer internally to a new team at Google, but she regrets not addressing the problem more directly. “What I wish I had done differently is actually spoken to HR, spoken to my managers, about the problems I had, because maybe then there was a chance that like someone with more confidence/leadership skills than me could have intervened and helped make things better, but instead I stayed quiet and I let it get to the point where it was unbearable for me,” Zahra says. 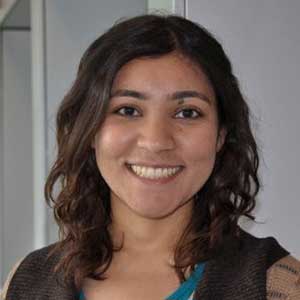