A Love for Astronomy
As a child growing up in southern California, Jacque was fascinated by the patterns made by the stars. When visiting her grandparents in San Diego, she visited a space museum; as she learned more about objects far beyond Earth, she was especially intrigued by the planets.

Although astronomy fascinated Jacque, her first physics class was a shock. She continued to struggle with Physics throughout high school and college.

Perseverance
At this point, Jacque began to doubt if she would ever learn the physics material. Instead of quitting, however, Jacque decided to try one more physics class in college. “It was all about just wanting more knowledge about the world around me and about astronomy,” Jacque says. This time, the physics finally started to click, and Jacque realized the difference that a skilled and dedicated physics educator could make to students learning the subject.

Discovering a Love for Teaching
Jacque’s undergraduate cohort at San Francisco State University formed a collaborative group that learned together through their homework. As Jacque helped other students work through problems, she realized that she enjoyed teaching. She began considering a future in education.

At night, Jacque become a docent in SFSU’s observatory with the help of her advisor. During the public open nights she would explain objects in the night sky and the mechanics of telescopes. “That started really igniting the passion that I have now for education and talking to people about what we see in the sky, how we know all this information, [and what the tools are] that we use to be able to make these observations,” Jacque says.

After Undergrad
Jacque moved away after college but found that she missed San Francisco. She returned to the city and began working at Peet’s Coffee and Tea to pay the bills. After about 6 months Jacque heard, from a close friend from college, about a position opening up at the Morrison Planetarium at the California Academy of Sciences (CAS). He helped coach her to get the job and she was thrilled to teach astronomy. However, since the job was only ten hours a week, she had to keep working at Peet’s. After about two years of working two jobs, she realized there was no job growth in the planetarium. This led her to explore different career options.

Jacque wondered if she would enjoy teaching other sciences besides astronomy. She discovered an internship position in the CAS Education Department involving virtual interactions, which struck her interest. “[The position] appealed to me because it was a different way of teaching students, they were not literally in front of you,” Jacque says. She applied and landed the job teaching classes remotely.

Teaching in a Virtual Classroom
As Jacque was working as an intern, the coordinator of the distance learning program took a leave of absence and decided not to return. She decided to take a gamble by leaving Peet’s so that she could temporarily run the program for the remainder of the school year. During those three months of teaching full time, Jacque found that she truly loved her work. “I realized that I didn’t have to teach astronomy; my passion was actually education,” she says. Jacque now runs the program. She still loves physics and astronomy, but she is very satisfied in teaching other subjects as well.

As a distance learning education specialist, Jacque spends most of her mornings during the school year facilitating science learning experience over Zoom. She might start her day by connecting with a class in California, taking a ten minute break, and then connecting with another class in South Carolina. The programs she teaches cover a range of topics. “I can jump from talking about penguins with kindergarteners to talking about asteroids, comets, and meteors in our solar system with fifth graders,” Jacque says. Although the bulk of Jacque’s teaching is done online, she also teaches in a physical classroom at the Academy. “It’s important to remind yourself of what it’s like to be actually in the classroom itself,” she says.

In the afternoons, Jacque typically looks into new pedagogy, participates in professional learning, or meets with the student education team to plot strategies for creating new curriculum. Specifically, using her physics training, she has developed interesting engineering techniques and hands-on experiences for her classroom.

It’s All about the Students
Jacque finds her students to be the most exciting part of her job. “For me, it’s all about giving [students who] wouldn’t get to come here to the Academy of Sciences a taste of what it’s like to be a scientist,” she says. She also enjoys hearing and learning from her students’ perspectives. She once taught a class of indigenous students in northern Canada and found that they were already practicing the habits that she was teaching in a program about sustainable food choices. Their prior knowledge allowed them to have a deeper discussion, and Jacque learned about sustainable hunting from the students. “The fact that I can learn just as much as they can learn from me is one of the most rewarding things that I’ve discovered in this job,” she says.

Be Flexible
Jacque recommends being prepared to handle change not only in the classroom, but also with the opportunities you encounter. Although a job might not be exactly the position you had in mind, you might enjoy it more than you expect.

Take Risks
Especially in education, Jacque believes in taking chances. “I was very proud of myself looking back that I took that risk of [taking] a temporary job,” Jacque says. Few opportunities exist in the realm of informal education; taking a gamble could be worthwhile. 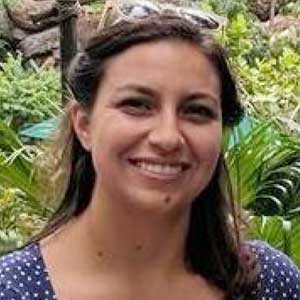