A previous attempt has proven to put more obstacles in Brian’s path, but that hasn’t stopped him.

Physics is the Fundamental Science
Growing up, Brian discovered he was good at math, but didn’t much care for topics like biology that required pure memorization. Brian says, “I’ve always been interested in how things work on a fundamental level and physics is the fundamental science. I enjoyed math and science so I just gravitated towards physics.”

Professors Look Out for You
Brian first learned about the PIRE (Partnership for International Research and Education) grant project at Case Western Reserve University (CWRU) via email from one of his undergraduate professors. From this reference, Brian found out CWRU had assistantship positions within the PIRE grant project so he applied to the physics entrepreneurship program at CWRU.

The PIRE grant project focuses on evaluating university research project results as a commercial product by gauging how feasible it would be on the market or other possible applications. This is how Brian and Nihar Chhatiawala, another student working on the PIRE grant project, were introduced to structural capacitor technology. Structural supercapacitors can withstand a considerable amount of physical stress and still store energy for long periods of time via electrically charged ions. An application could be to replace a phone battery with a casing made of the structural supercapacitor since it needs a larger area to be effective. With the potential that structural supercapacitors bring, Brian and Nihar formed their own company, SuperCap Solutions, to further develop the most promising application.

Physicists are the Founders of Innovation
Entrepreneurs drive innovation, but scientists understand and create the technologies that make innovation possible. Scientists often build technologies to solve problems in the lab which end up having dozens of other applications — and the potential for dozens of products, all of which need to be researched to ensure that no other similar product already exists. According to Brian, “Having a background in science makes being an entrepreneur that much more exciting. Contributing to projects at their core is the most exciting to me and early stage companies focused on product development offer just that type of experience. I am allowed to explore new technologies from the perspective of how they can make the world better, and build businesses around them in order to connect the world with these exciting innovations.”

Brian has a lot of experience with electronics from his undergraduate career, so designing and prototyping became a quick process. Brian and his partner can easily determine mechanical and electrical benchmark properties of the capacitors based on the materials used by using basic equations from undergraduate courses.

A Real Catch 22
Though Brian has fortunately had a strong working relationship with his partner, their biggest struggle has been getting and using the resources they need to complete their prototyping phase. Materials like measurement and prototyping equipment cost thousands of dollars, but since Brian and Nihar are students at CWRU they are able to borrow this equipment for intermittent periods of time when professors aren’t using it. Without product development, they can’t raise money; but without funds, they can’t spend money on resources to expand the company.

A Stigma to Overcome
Brian and Nihar haven’t started marketing yet since they are still in the product development phase. They don’t want to generate investments or start a kickstarter without a product or intellectual property protection first - because even if startups don’t generate a viable business, they still have to pay most of that money back, as another similar startup focused on capacitance technology learned. This was a mistake that Brian and Nihar want to avoid.

In order to make their own path and not fall down the rabbit hole like their competitor, Brian and Nihar must do better at every step of the way. According to Brian, the most important lesson for early stage business is, “how unlikely your company is to receive backing if you have not invested a lot in the company yourself — either through your team, or by other means. Investors want to see that you are truly dedicated to your product. The world is not patient when it comes to innovations.”

Take Classes Covering Venture Capital and Patent Law
“Take classes in early stage business and law which focus on topics such as Venture Capital and Patent Law, or learn as much as you can about these topics. These are crucial to any entrepreneur starting off, because people value your company based on the investments you receive and whether or not you can claim the right to exclude competition in the early stages of revenue generation by gaining intellectual property protection on the device or software for a new piece of technology.”

Have Patience, With a Sense of Urgency
“A lot of it is patience with a a sense of urgency. That may sound like an oxymoron, but it’s not. You have to take your time to do your research and make sure it’s really thorough before you take steps forward, but at the same time, you need to be moving as quickly as humanly possible. Investors won’t wait for you and neither will the patent or trademark office. People want you to spit out information quickly. So you need to make sure you’re thorough, and that you’re patient while you’re doing your research, but you need to do it with haste.” 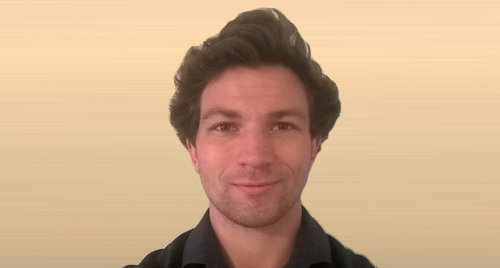