Home  ›  About APS  ›  Images from Physics  ›  Unexpected Trapping of Particles 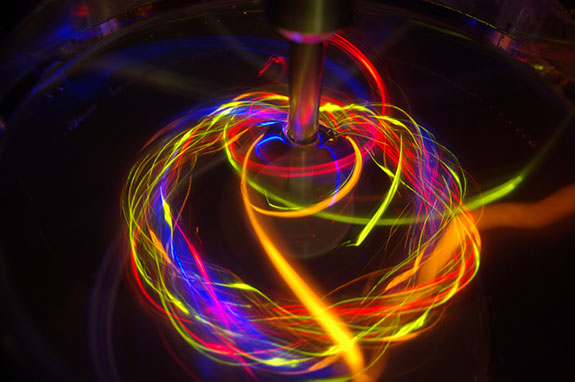 Encountered throughout nature and industry are fluid flows containing particles, and understanding or manipulating the ultimate arrangement of particles in the flow is a paramount goal. Here we expose a mechanism for particle localization that arises from interaction of the intrinsic inertia of particle and fluid by visualizing the motion of particles in laminar stirred tank flow. The tank and impeller systems have been in consistent use over a number of centuries, but this particle-localization phenomenon has never been reported.