Shock waves are produced when a laser is fired into a plasma. This 3D image is a simulation of the shock wave that is produced by the interaction between the laser field and the electron sheath surrounding the plasma bubble (electron cavitation region).

The light blue circular area (furthest to the right) is the electron sheath that emits the electro-optic shock. The sheath is surrounding the resulting plasma bubble (red). The longer the laser pulses, the larger the bubble grows. 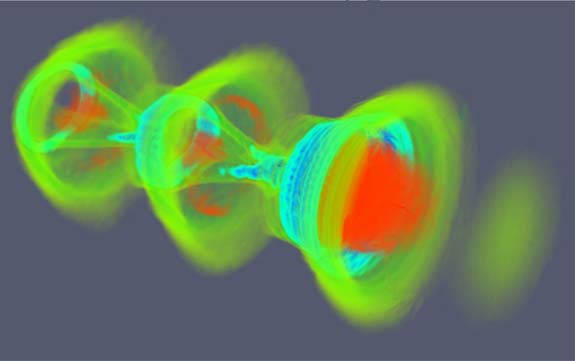 This research was published in Physical Review Letters, July 25, 2008, was supported by the Department of Energy and Office of Naval Research, and was performed by: