During the experiment, 192 powerful laser beams fired 1 megajoule of laser energy into a capsule filled with cryogenic (super-cooled) hydrogen fuel.  The 2mm hydrogen capsule was placed in a pencil-eraser-sized cylinder called a hohlraum.  The hohlraum becomes the laser target and is held in a target positioning device.  The laser beams aimed at the hohlraum aligned to the accuracy of the diameter of a human hair—and fired.

When the laser shot was fired, rocket-like compression of the fuel capsule forced the hydrogen nuclei to combine, or fuse. 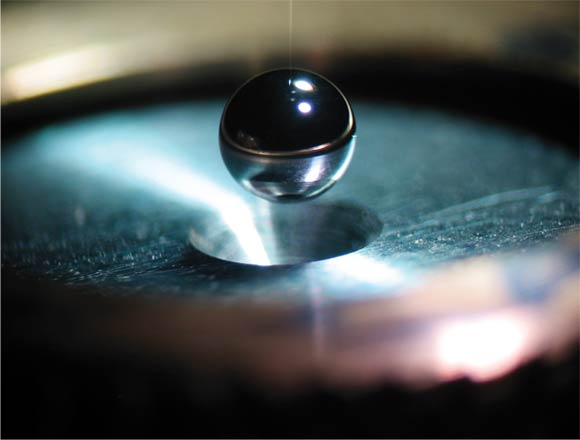 The polished capsule filled with cryogenic hydrogen fuel is lowered into the hohlraum cylinder.  The capsule is about the size of a peppercorn. 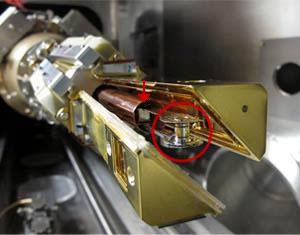 Before the Shot
The hohlraum (circled) is mounted in the cryogenic target positioning device. The two brass-colored arms close around the target to protect it. The arms open five seconds before the laser shot. 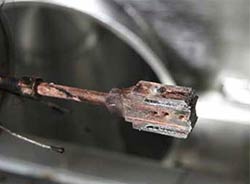 After the Shot
The capsule, the hohlraum, and most of the target positioning device, are gone. All that remains is this small nub which was inside the copper tube behind the hohlraum (red arrow in left photo).