Active Regions on the Sun

NASA's Solar TErrestrial RElations Observatory (STEREO) satellites have provided the first three-dimensional images of the sun. For the first time, scientists will be able to see structures in the sun's atmosphere in three dimensions. The new view will greatly aid scientists' ability to understand solar physics and there by improve space weather forecasting.

This image highlights active regions on the sun. 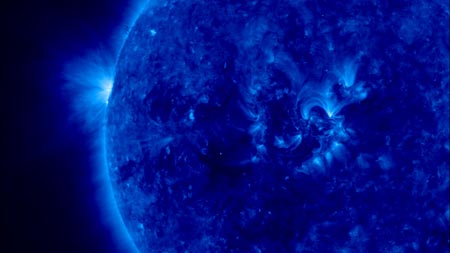