A Black Hole Accreting Matter from a Companion Star

The nature of ultraluminous X-ray sources remains controversial, but many astronomers think that some or most of these objects consist of an intermediate-mass black hole that accretes matter from a companion star. Recent evidence suggests that a ULX in the galaxy NGC 5408 has a black hole with about 2,000 solar masses. 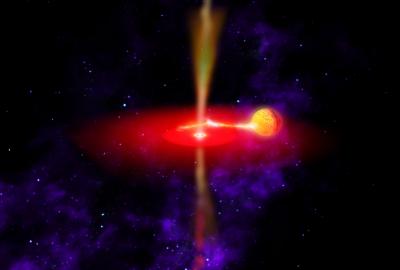