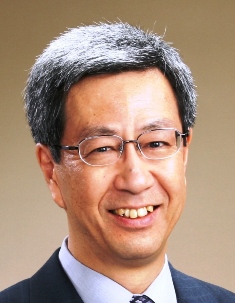 Kiyoshi Ueda graduated Kyoto University in 1977 and completed a graduate course of Kyoto University in 1982 receiving his PhD.  Since 1982, he has been working at Tohoku University, as a research associate (1982-1990), as an associate professor (1990-2003), and as a full professor (2003-present).  He was also a visiting scientist at University of Maryland in the United States (1985-87), an invited senior scientist at Daresbury Laboratory in the United Kingdom (1992-1993), and an invited professor of Universite Paris Sud in France (1998). Also he has been occasionally playing a role of an opponent for the PhD thesis in some foreign universities such as Uppsala University in Sweden, Turku University in Finland, etc.

He has been in the field of Atomic, Molecular, and Optical Physics, being the author or coauthor of about 400 papers including more than ten review articles and chapters of books. He has been giving more than 100 invited and plenary lectures in international conferences, workshops, symposiums, and seminars.

His research centers photoionization and photofragmentation of atoms, molecule, and clusters by synchrotron radiation, femtosecond lasers, and short-wavelength (EUV to X) free-electron lasers (FELs).  Areas of special emphasis include ultrafast dynamic imaging, probing ultrafast electron and nuclear dynamics, characterizations of transient excited states and their decaying processes, and developing the new spectroscopic methods for these studies.

Being as a physicist for more than 30 years in Japan, and having about a couple hundred collaborators from more than ten different countries all over the world, I can say that physics is becoming more and more international and borderless. Whenever we carry out experiments at large-scale facilities in the United States, in Europe, and in Japan, we are working together as an international team with many scientists from all over the world, sharing common scientific interest.  Also, Asian scientists are not really behind to American or European scientists any more. One can see it not only from publications from Asia but also from the fact that most of the major international conferences came and are coming to Asia.

Another point I have been aware of in my scientific life is that scientific fields are also becoming more and more borderless.  Being as s physicist in the field of atomic, molecular, and optical physics, I have been collaborating not only with physicists in the same field but also in other fields of physics such as high energy physics and solid state physics.  Also I have been collaborating extensively with a lot of chemists in the entire field of chemistry, as well as with structure biologists.  We physicists can learn a lot from other fields and more importantly we can make an impact to other fields.

During my research career, I have been aiming at making a bridge among scientists all over the world and among scientists from different fields, whoever who share common interest, believing in that sharing different ways of thinking brings us a breakthrough in science.  This kind of personal activities is, however, limited.  I feel it is very important to make a common platform among the physicists in United States, Europe, and Asia.  APS, EPS, and Physical Society of Japan can play major roles for that.  I would be happy if I could contribute to it.