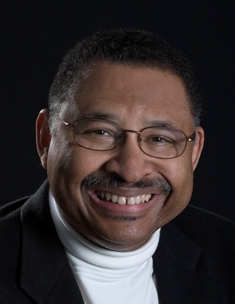 Neal has served as Regent of the Smithsonian Institution. He has served on numerous advisory committees and directorships: Oak Ridge National Laboratory, MIT Visiting Committee on Sponsored Research, Board of the Center for Strategic and International Studies, Argonne National Laboratory, Lawrence Berkeley Laboratory, Fermilab, and others. He is currently the PI for the NSF supported Michigan-CERN REU Program allowing U.S. students to spend a summer of research at CERN.

He co-authored a textbook on national science policy (“Beyond Sputnik”) which is being used in courses at several institutions.

While on the National Science Board he chaired the committee that produced the Board's first comprehensive report on undergraduate science education. A result of that study is the Research Experience for Undergraduates Program (REU), and the Research Experience for Teachers Program (RET) now flourishing today. He has also served as Chairman of the Physics Advisory Committee of the National Science Foundation. He has delivered testimony on numerous occasions to Congress, on matters ranging from the funding of national laboratories to the state of science education.

As VP for Research, he oversaw the research programs at the University of Michigan, which has been often ranked, in terms of competitive funding, as the nation's top research university.

Dr. Neal received his B.S. degree in Physics, with honors, in 1961 from Indiana University; he received his Ph.D. from the University of Michigan (1966).

I am honored to have been asked by the Nominating Committee to stand for election to the post of APS vice president. The Society has served our field well over the decades and I, if elected, would enthusiastically devote my energies to its continued advancement.

Science faces many challenges today. The public and many individuals in government do not fully understand the importance of supporting science nor the need to recruit new talent even through times of national budget stringency. There is much the APS can do to address this.

Helping achieve and sustain high quality research, of course, must be the hallmark of the Society. I have had the good fortune of being involved in the recent discoveries of the Xi_b hyperon, the top quark and the Higgs boson. I formed the groups at the University of Michigan whose contributions were seminal. in each of these discoveries. The joys of discovery should be broadly shared, and this should be a APS goal.

Universities are the stewards of much of our nation’s research. I have had the privilege of overseeing research administration at several of the nation’s top institutions in roles as Department Chair ,Vice President for Research, Provost, and Interim President. The APS-University relation should be nurtured.

While on the National Science Board, I chaired the Task Force that resulted in the the REU and RET programs and several related initiatives. For the past ten years I have been the PI for the Michigan-CERN REU program, the only official portal through which U.S. undergraduates can spend a summer of formal NSF supported research and instruction at CERN.

Progress in physics requires intellectual engagement with federal agencies. . I have had the privilege of serving on the National Science Board, being Chair of the NSF Physics Advisory Board, and serving on the Board on Physics and Astronomy of the National Research Council, and on the Advisory Boards of almost all of the major national laboratories. I believe these experiences would be highly relevant.

Industry is a key player in all that we do. As a Director of the Ford Motor Company for over the past decade, I have observed the relationship between universities, industry and the government, and I believe this connection can even be strengthened in the years ahead to the benefit of all sectors.

The APS has a very strong set of ongoing initiatives and those deserve continued robust support. Ongoing discussions should be established at high levels of government about the precarious nature of physics funding today. Aggressive efforts should be made to inform the public about the impact of physics on their lives. Efforts should be enhanced to highlight the role of school teachers. The plight of research scientists needs to be reviewed. Ways should be sought for closer collaboration between physics and other scientific disciplines. Further, programs need to be developed to insure that the diminution of U.S. facilities does not prevent our students from participating in frontier research.