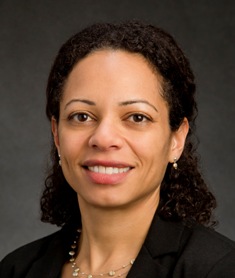 Nadya Mason is an associate professor of physics at the University of Illinois at Urbana-Champaign, and a principal investigator at the Frederick Seitz Materials Research Laboratory. Mason received her B.S. in physics from Harvard University in 1995 and her Ph.D. in physics from Stanford University in 2001. She worked as a postdoctoral researcher at Harvard and then Junior Fellow in the Harvard Society of Fellows from 2001–2005, prior to starting at Illinois.

Mason is a condensed matter experimentalist. She focuses on the electronic properties of low-dimensional materials and the unique behavior they exhibit due to confinement, strong electron interactions, and material structure. Recent work in her group has involved carbon nanotubes, graphene, topological insulators, and nanoscale superconductors; she has developed techniques—such as local gates and superconducting tunnel probes— that enabled new studies of these systems.

Mason is an advocate for diversity in physics; she has actively engaged and mentored women and underrepresented minority graduate, undergraduate, and high-school students. She chairs the Physics Diversity Committee at Illinois (2011–) and is a current member of the APS Committee on Minorities (2013–2016). She also served as co-organizer of the Condensed Matter Sessions of the National Conference of Black and Hispanic Physicists (2007–2011).

Mason’s other activities include participating in the College of Engineering Ad-Hoc Leadership Committee (2012), co-organizing an Aspen Winter Conference (2012), and chairing the Facilities Committee at the Frederick Seitz Materials Research Laboratory (2011–). Her awards and honors include a Dean’s Award for Excellence in Research (Illinois, 2013), the APS Maria Goeppert Mayer Award (2012), and the Denice Denton Emerging Leader Award (2009).

I value physics as a discipline and as a fun and exciting field in which to work. I believe that physics will continue to play a crucial role in the development of our society. But shifting economic, educational, and social environments are leading to a number of challenges and opportunities for physics. The American Physical Society can help to address these issues through actions including:

It would be a privilege to serve as a Councilor, helping to set APS policy, and to thus help physics thrive now and for many years into the future.