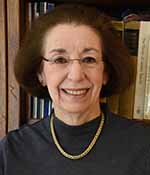 Pat Dehmer is the former Deputy Director for Science Programs in the Office of Science (SC) in the U.S. Department of Energy (DOE) (2007-2016) and the former Director of the Office of Basic Sciences (BES) (1995-2007) within SC. As the Deputy Director, she was the senior career science official in SC and was the Acting Director between Presidential Appointees, most recently for three years from 2013 to 2015. With an annual budget in excess of $5 billion, SC is the primary supporter of the physical sciences in the U.S., support that touches every Division and every Topical Group of the American Physical Society (APS).

As Director of the BES Program, Dehmer is well known for the planning, design, and construction phases of more than a dozen major scientific construction projects totaling more than $3 billion. Notable were the $1.4 billion Spallation Neutron Source at Oak Ridge National Laboratory; five Nanoscale Science Research Centers totaling more than $300 million; and two facilities for x-ray scattering, each in the billion-dollar range — the Linac Coherent Light Source at SLAC, which is the world’s first hard X-ray free electron laser, and the National Synchrotron Light Source II at Brookhaven National Laboratory. Dehmer is also known for the creation of the Basic Research Needs Workshops that linked discovery research with future energy technologies and for the science grand challenge workshops that stretched the boundaries of chemistry, materials, and biological sciences research. Together, these workshops spawned 35-40 Energy Frontier Research Centers, the majority of which are led by universities. With an annual budget of more than $100 million, these basic research centers support about 600 senior investigators and 1,600 students, postdocs, and technical staff at more than 100 institutions.

Prior to joining DOE, Dehmer was a research scientist at Argonne National Laboratory (1972-1995). Beginning as postdoc, she rose through the scientific ranks to become an Argonne Distinguished Fellow in 1992 when that rank was established to recognize sustained outstanding scientific and engineering research. Her research in atomic, molecular, optical, and chemical physics resulted in more than 125 peer-reviewed scientific articles. Her studies of the interactions of electronic and atomic motion in molecules, in part using multiphoton excitation techniques early in their application to AMO physics, provided fundamental understanding of energy transfer, molecular rearrangement, and chemical reactivity.

Dehmer is a fellow of the APS and the American Association for the Advancement of Science. Prior to her tenure at DOE, she served in elected and appointed positions in scientific and professional societies, on editorial boards, and on review panels. Within the APS, she served as Chair of the Division of Atomic, Molecular, and Optical (AMO) Physics; Chair of the Topical Group on (now Division of) Laser Science; Councilor-at-Large; Member of the Executive Committee; Chair of the Nominating Committee; and chair or member of many other committees including the Publications Committee, the Audit Committee, the Committee on Constitution and Bylaws, the Committee on the Status of Women in Physics, and many prize committees.

At DOE, Dehmer was awarded the James R. Schlesinger Award — the highest recognition in DOE — in 2016 for management of SC’s portfolio in the physical sciences and for outstanding management of the Department of Energy’s largest-scale scientific construction projects. She also received the Meritorious Presidential Rank Award in 2000 and 2008 and the Distinguished Presidential Rank Award in 2003.

I have had the remarkable opportunity to experience two scientific careers, each of substantial duration, in contrasting worlds:  the first is the world of a researcher in AMO and chemical physics, and the second is the world of a senior federal manager with responsibility for a multibillion dollar science portfolio spanning all of the disciplines encompassed by the APS. Communication in the first world is largely with peers; communication in the second is largely with policymakers, who are almost exclusively nonscientists. It is an understatement to say that these worlds are very different and that the inhabitants of each communicate across the boundary poorly — if at all. We must do better.

The APS — with more than 50,000 members in academia, national laboratories, and industry — is the leading society for physicists in the U.S. and therefore it must be the leading voice for physics. The APS must educate, communicate with, and advocate for science to policymakers, citizens, and students at all levels. And the APS must help teach its members to do the same in effective and professional ways. As a new member of the APS Physics Policy Committee, I am helping to expand these competencies within the APS, and I would energetically support these efforts if elected.

In addition to education, communication, and advocacy, the APS should engage its members and the broader society in other ways. Two seem particularly important and timely. First, internationalization of physics is increasingly more common due to several influences, e.g., communications, including the movement of vast quantities of data around the world, are becoming routine; funding for physics megaprojects can no longer be sustained by a single country; and regions of the world distant from the U.S. often provide the optimum siting for one-of-a-kind experiments. The APS can advance the need for international cooperation and can help enable it based on science need. Second, though many professions that require advanced degrees have radically changed their demographic compositions in the nearly 50 years since Title IX was passed into law, the profession of physics is not among them. The APS should play a major role in expanding and diversifying the physics workforce, and this will require very new ways of thinking about who studies physics, who doesn’t, and why these choices are made.

In conclusion, if elected, I would be honored to serve as Vice President of the APS.